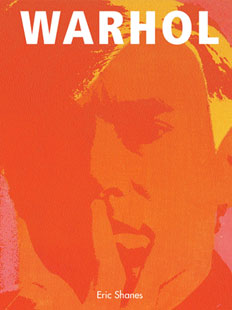 Andy Warhol was an artist who undoubtedly put his finger on the pulse of modern culture. Through pioneering a variety of techniques, but principally by means of the visual isolation of imagery, its repetition and enforced similarity to printed images, and the use of garish colour to denote the visual garishness that is often encountered in mass culture, he threw much direct or indirect light upon modern anomie or world-weariness, nihilism, materialism, political manipulation, economic exploitation, conspicuous consumption, media hero-worship, and the creation of artificially-induced needs and aspirations. Moreover, in his best paintings and prints he was a very fine creator of images, with a superb colour sense and a brilliant feel for the visual rhythm of a picture which resulted from his intense awareness of the pictorial potentialities inherent in forms. Initially, his images might appear rather simple. Yet because of that very simplicity they not only enjoy a high degree of immediate visual impact, but also possess the rare power of projecting huge implications through the mental associations they set in motion. For example, the visual repetition that Warhol employed within a great many of his images was intended, associatively, to parallel the vast repetition of images that are employed in a mass-culture in order to sell goods and services. This includes vehicles of communication such as movies and TV programmes. By incorporating into his images the very techniques of mass production that are central to a modern industrial society, Warhol directly mirrored larger cultural uses and abuses, while emphasising, to the point of absurdity, the complete detachment from emotional commitment that he saw everywhere around him. Moreover, in addition to employing imagery derived from popular culture in order to offer a critique of contemporary society, Warhol also carried forward the assaults on art and bourgeois values that the Dadaists had earlier pioneered; by manipulating images and the public persona of the artist he was able to throw back in our faces the contradictions and superficialities of contemporary art and culture. Ultimately, it is the trenchancy of his cultural critique, as well as the vivaciousness with which he imbued it, that will surely lend his works their continuing relevance long after the particular objects he represented – such as Campbell’s Soup cans and Coca-Cola bottles – have perhaps become technologically outmoded, or the outstanding people he depicted, such as Marilyn Monroe, Elvis Presley and Mao Zedong, have come to be regarded merely as the superstars of yesterday.


About the author:
Eric Shanes is himself a painter and a renowned art historian. Amongst his many writings on twentieth-century art are best-selling books on Constantin Brancusi and David Hockney. He is also a leading authority on J M W Turner on whom he has written nine best-selling books and catalogues. He is currently the Chairman of the Turner Society. He is much in demand all over Britain and the United States as a lecturer on art.